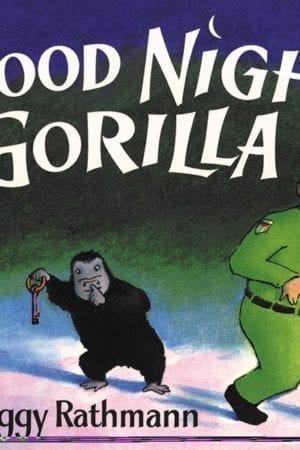 “Good night, Gorilla,” says the zookeeper. But mischievous Gorilla isn’t quite ready to go to sleep. He’d rather follow the zookeeper on his rounds and let all of the other animals out of their cages. Little night owls can sneak along with Gorilla and see who gets the last laugh in this riotous goodnight romp. Practically wordless yet full of expressive art and hilarious, adorable detail, this book from Caldecott Medal winning author Peggy Rathmann is sure to become a beloved part of children’s own bedtime rituals.

“In a book economical in text and simple in illustrations, the many amusing, small details, as well as the tranquil tome of the story, make this an outstanding picture book.” —The Horn Book, starred review

“Jaunty four-color artwork carries the story and offers more with every look.” —Booklist