All Rise for the Honorable Perry T. Cook by Leslie Connor 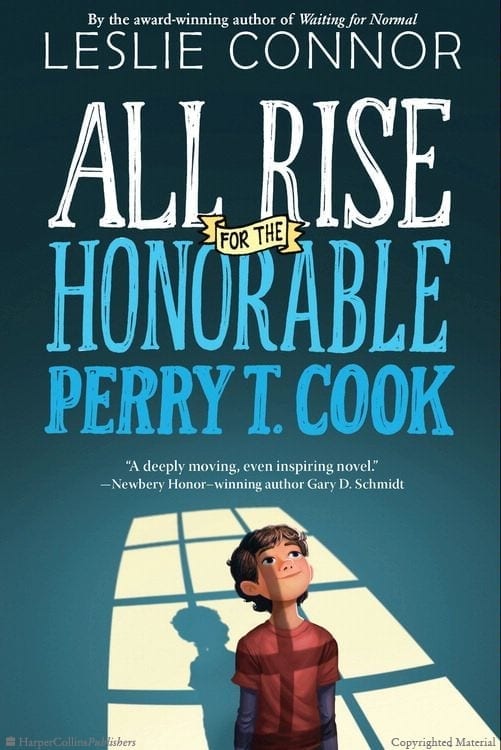 Eleven year-old Perry T. Cook has lived his entire life at the Blue River Correctional Facility in tiny Surprise, Nebraska where his mother is incarcerated.  When a new district attorney, Tom VanLeer, learns that the compassionate warden has allowed this arrangement, he decides to assume guardianship of Perry, believing that the prison is not a good environment for the boy and that the situation is preferential treatment for Jessica Cook.  Perry moves in with VanLeer, his wife, and step-daughter who happens to be a school friend of his.  Missing his mother and the other inmates who are part of the only family he has known, Perry is upset that VanLeer seems to be preventing his mother from having the parole hearing that could get her released from Blue River.  When a school project on family is announced, Perry is determined to present the real stories of the inmates he has grown to love, and uncover the truth about the crime his mother was convicted of.  A heart-warming story of family, friendship, and forgiveness for readers 10+