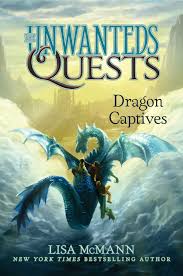 Twelve year-old identical twins Fifer and Thisbe Stowe possess powerful magic.  Their ability to control it, however, is often not up to the task with drastic results.  When Hux the Ice Dragon arrives in the land of Artime, pleading with the twins’ older brother Alex, the Mage of Artime, to build new wings for him and his brother and sister dragons which are enslaved in the Land of Dragons, Alex refuses.  He believes that such a trip to a land ruled by The Reviner would be too dangerous.  Under cover of darkness, the twins and their friend Seth set out to help the captive dragons and prove themselves masters of their magic.  Have they finally encountered a challenge that they will not survive?  An enchanting new fantasy series for fans of The Wings of Fire age 10+.