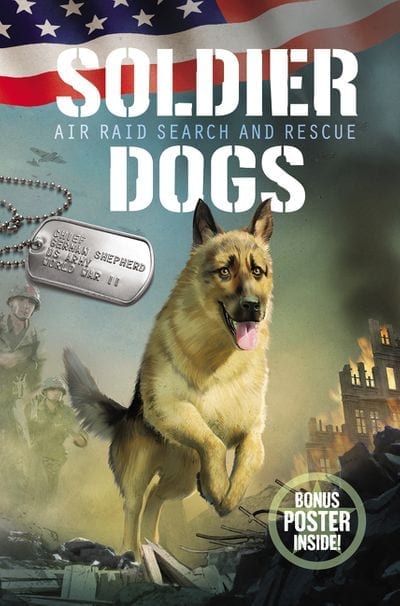 Inspired by the brave military dogs that
helped our troops during WWII, this book is the first in a thrilling new adventure
series. When Matt’s older brother enlists in the Army he leaves his German
shepherd Chief, a retired fire dog and best pet ever, to Matt. Matt isn’t happy
however when Chief begins to pay more attention to his foster sister, Rachel.
When Nazi planes begin to bomb their city, Matt and Rachel get caught outside
during the air raid. Can Chief rescue them before it’s too late?