The Unsung Hero of Birdsong, USA

Gabriel Haberlin, a just-turned 12 year-old white boy living in the small South Carolina town of Birdsong in 1946, is riding his brand new bicycle when he is almost hit by a car.  In fact, if Mr. Meriwether Hunter, an African-American WWII veteran, hadn’t been there to push Gabe out of the way, the accident could have been tragic. Gabe convinces his father to give Meriwether, a talented mechanic looking for work, a job at the family auto shop.  As he works alongside the black veteran, the 12 year-old becomes vividly aware of the antagonism and bigotry of another mechanic who is white and rumored to have close friends in the Ku Klux Klan. Even though he served in the Army’s all-black 761st Tank Battalion during World War II, Meriwether doesn’t want to talk about his service, preferring to work quietly and avoid notice.  As their friendship deepens, and Mr. Hunter and his daughter, Abigail, begin to trust Gabe, the boy begins to see the impact of discrimination on their lives.  Illuminating the disparity between how white and black WWII veterans were treated, this look at racism is historical fiction at its best.

Meriwether Hunter's story really shows how the war may have ended for the world, but another fight, the fight for justice and equality, continued for African American veterans. 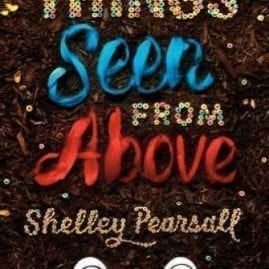 Things Seen From Above

April Boxler is observant and helpful, but she doesn’t consider herself to be very social.  When she has a falling-out with her only friend on the first day of sixth grade at Marshallville Elementary School, April decides to be a bench buddy volunteer, primarily to avoid having to deal with her classmates.  On her second day as a fourth grade recess volunteer, April spots Joey Byrd, a boy who alternates between lying motionless on the ground and wandering in circles, always by himself.  When April and her bench buddy co-volunteer, a fifth grader named Veena, become concerned about Joey and his behavior, they reach out to April’s mother and the school counselor, neither of whom take their worries seriously.  Not willing to give up, the girls, with the help of the school custodian, begin to see that Joey’s seemingly random playground doodling, when “seen from above”, may reveal hidden secrets about this lonely boy.  A wonderful story about looking at life and people from a different perspective to see truths hidden at first sight.

Things Seen From Above 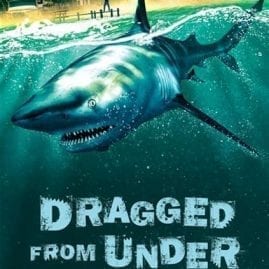 The Bull Shark: Dragged From Under #1

Barn Whimbril, a sixth-grader living in Florida, is obsessed with sharks and baseball.  As he is preparing to attend the first day of spring training in nearby Fort Myers, he gets an alert on his phone about a shark attack in a canal near his home.  He turns his attention to uncovering why the sharks have become aggressive as the community struggles to make a decision about how to deal with these “marine monsters”.  Can he use his extensive knowledge of sharks – he even breeds cat sharks for sale – to find a solution that can save the sharks and the other creatures living in the canal habitat?  This action-packed story has a touch of STEM and will keep readers enthralled to the very end.

The Bull Shark: Dragged From Under #1 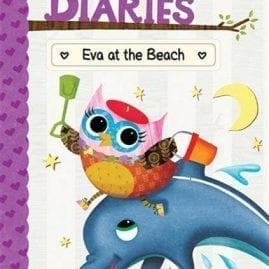 Owl Diaries: Eva at the Beach

It is summertime and Eva is visiting the beach with her best friend Lucy.  They can’t wait to build sandcastles and make seashell necklaces.  But Eva is secretly afraid to go swimming because of the sharks that live in the sea.  Can she face her fears and maybe find some magic at the shore as well? Fans of this popular series will love this new story of Eva and her friends.

Owl Diaries: Eva at the Beach 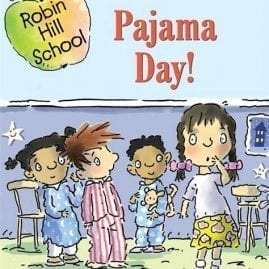 It’s Pajama Day at Robin Hill School!  All of the students are wearing pajamas to show their school spirit.  But first grader Emma forgot!  Can her classmates come to the rescue?  A sweet story about a day that youngsters  always love to celebrate. 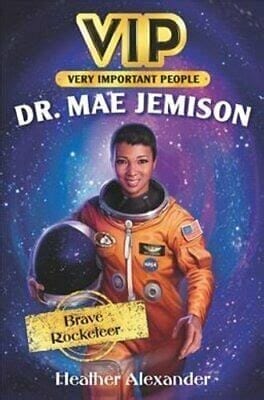 This series features inspiring adventures and fun facts about some of history’s greatest trailblazers, many of whom are lesser known but standouts in their fields.  Mae Jemison is the first African-American woman to travel to space, in addition to being a medical doctor who volunteered with the Peace Corps, and is a trained dancer.  Special sections in this book include “Answers to Some Big Questions Mae Wondered About” and “10 Things Women Couldn’t Do in the 1960’s and 1970’s”.  Short and engaging chapters are sure to engage readers whether they are history lovers or just looking for a great biography for a book report. 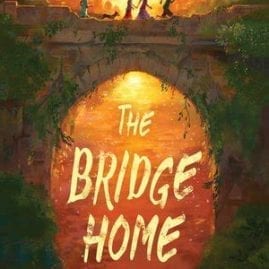 Set in India, life on the streets looks harsh for sisters 11 year-old Viji and her developmentally challenged sister, 12 year-old Rukku.  Running away from an abusive father, the sisters find shelter on a crumbling bridge and scavenge for food.  When they meet two homeless brothers, Mathu and Arul, the four band together in an attempt to survive.  The boys teach the girls how to scale mountains of trash on the outskirts of town to find scraps of metal and glass to sell and the four watch out for each other in an uncaring world full of danger.  Despite their determination to survive, hunger is ever present and the rainy season brings illness.  Will Viji risk seeking help from strangers or rely only on her “put-together family”?  Told in the form of a letter from Viji to Rukku, this is an amazing story of four children determined to overcome any obstacles to making a life for themselves.