Kestra Dallisor has finally gained possession of the Olden Blade. With the dagger in her control, she attempts to destroy the tyrannical Lord Endrick.

But when Kestra fails, the king strips her of her memory, and leaves her weak and uncertain, bound to obey him. Heartbroken, Simon is desperate to return Kestra to the rebel she was, but refuses to use magic to heal her. With untrusting Coracks and Halderians threatening to capture and kill her, and war looming on the horizon, Kestra and Simon will have to learn to trust each other again if they have any hope of surviving. But can a heart once broken ever be healed?

The Deceiver’s Heart marks a stunning return to Jennifer A. Nielsen’s gorgeously rendered world of Antora and all its treachery and magic.

From Watt Key, the author of the acclaimed Alabama Moon, comes a thrilling middle grade survival story about a scuba dive gone wrong and two enemies who must unite to survive.

It’s the most important rule of scuba diving: If you don’t feel right, don’t go down.

So after her father falls ill, twelve-year-old Julie Sims must take over and lead two of his clients on a dive miles off the coast of Alabama while her father stays behind in the boat. When the clients, a reckless boy Julie’s age and his equally foolhardy father, disregard Julie’s instructions during the dive, she quickly realizes she’s in over her head.

And once she surfaces, things only get worse: One of the clients is in serious condition, and their dive boat has vanished—along with Julie’s father, the only person who knows their whereabouts. It’s only a matter of time before they die of hypothermia, unless they become shark bait first. Though Julie may not like her clients, it’s up to her to save them all.

“Key offers plenty of nail-biting suspense in this survival tale about a deep-sea dive off the Alabama coast that goes horribly wrong . . . The story meticulously details the steps that quick-thinking Julie takes to stay alive. Julie’s troubled family history and her changing relationship with Shane are also examined, intensifying the book’s emotional impact.” —Publishers Weekly 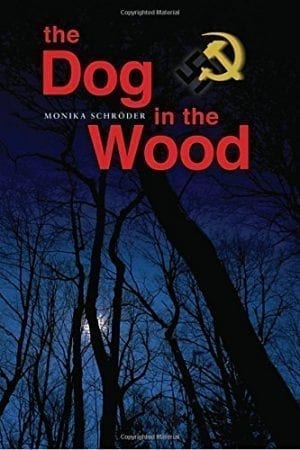 Dog in the Wood

Door to the Lost

From the New York Times bestselling author of The Mark of the Dragonfly comes a thrilling fantasy adventure about two magical friends living as refugees in a world that doesn’t trust magic. Perfect for fans of Serafina and the Black Cloak and the School for Good and Evil series!

There was no warning the day magic died in Talhaven. It happened with a giant explosion and the arrival of a skyship full of children, all with magic running through their veins and no memory of home.

Rook and Drift are two of those children, and ever since that day, they’ve been on the run, magical refugees in a world that doesn’t trust magic. Because magic doesn’t die right away–it decays, twists, and poisons all that it touches. And now it’s beginning to poison people.

Try as they might, Rook and Drift can’t remember anything about their lives before Talhaven. But it’s beginning to look like they’re the only ones who can save their adopted world . . . if that world doesn’t destroy them first.

Praise for The Door to the Lost

“This fun, exciting story…and the many well-rendered, imaginative and heartfelt scenes along the way make this journey worthwhile.”–The New York Times Book Review

“Themes of refugees and found families are addressed in a way that retains fantasy flavor while realistically presenting the brutality of ignorance and beauty of humanity. Your new favorite fantasy.“-Kirkus Reviews, Starred Review

“With heartfelt explorations of the meanings of friendship and family…fans of portal fantasies, steampunk, and action-driven books will find this an entertaining read and will be left wanting more.”–School Library Journal

Praise for The Mark of the Dragonfly:

“This magnetic middle-grade debut . . . [is] a page-turner that defies easy categorization and ought to have broad appeal.” –Publishers Weekly, Starred Review

“Heart, brains, and courage find a home in a steampunk fantasy worthy of a nod from Baum.” –Kirkus Reviews, Starred Review

“A fantastic and original tale of adventure and magic. . . . Piper is a heroine to fall in love with: smart, brave, kind, and mechanically inclined to boot.” –School Library Journal, Starred Review

From critically acclaimed author Paul Mosier, a Publishers Weekly Flying Start, comes a stunning story about the beauty of family, the power of community, and ultimately the strength of the human spirit.

Twelve-year-old El has planned on making her first week at a new school fantastic. She won’t go by her given name, Laughter. She’ll sit in the back of the classroom where she can make new friends. She won’t even have time to think about all the fun her old friends are having without her. Everything will be great.

But when her dad picks her up after school and tells her that her younger sister, Echo, has a life-threatening illness, her world is suddenly turned upside down. And with her parents now pressed for time and money, El feels lost and powerless.

Then she befriends Octavius, the only other kid in school who gets what she’s going through. As El begins to adjust to her new life, she soon finds that maybe a little hope and a lot of love can overcome any obstacle.

When Jax wakes up to a world without any people in it, he assumes it’s the zombie apocalypse. But when he runs into his eighteen-year-old guardian, Riley Pendare, he learns that he’s really in the eighth day—an extra day sandwiched between Wednesday and Thursday. Some people—like Jax and Riley—are Transitioners, able to live in all eight days, while others, including Evangeline, the elusive teenage girl who’s been hiding in the house next door, exist only on this special day.

And there’s a reason Evangeline’s hiding. She is a descendant of the powerful wizard Merlin, and there is a group of people who wish to use her in order to destroy the normal seven-day world and all who live in it. Torn between protecting his new friend and saving the entire human race from complete destruction, Jax is faced with an impossible choice. Even with an eighth day, time is running out.

Stay tuned for The Inquisitor’s Mark, the spellbinding second novel in the Eighth Day series!

This dramatic autobiography of Eleanor Ramrath Garner reveals the daily struggles of growing up as a young American caught in World War II Berlin.
During the Great Depression, when she is nine, Eleanor’s family moves from her beloved America to Germany, where her father has been offered a good job. But war breaks out as her family is crossing the Atlantic, and they cannot return to the United States.
Eleanor tries to maintain her American identity as she feels herself pulled into the turbulent life roiling around her. She fervently hopes for an Allied victory, yet for years she must try to survive the Allied bombs shattering her neighborhood. Her family faces separations, bombings, hunger, the final fierce battle for Berlin, the Russian invasion, and the terrors of Soviet occupancy.
This compelling story immerses readers in the first-hand account of surviving World War II as a civilian. It’s a story of trying to maintain stability, hope, and identity in a world of terror and contrasts, and it puts a very human face on the horrors of war, helping readers understand that each casualty of war is a person, not a number. 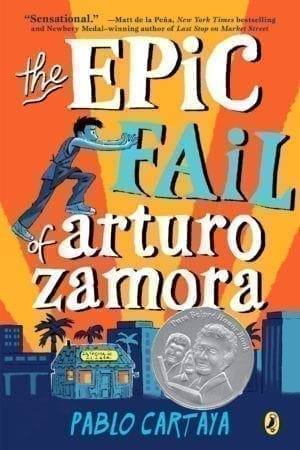 Save the restaurant. Save the town. Get the girl. Make Abuela proud. Can thirteen-year-old Arturo Zamora do it all or is he in for a BIG, EPIC FAIL?

For Arturo, summertime in Miami means playing basketball until dark, sipping mango smoothies, and keeping cool under banyan trees. And maybe a few shifts as junior lunchtime dishwasher at Abuela’s restaurant. Maybe. But this summer also includes Carmen, a poetry enthusiast who moves into Arturo’s apartment complex and turns his stomach into a deep fryer. He almost doesn’t notice the smarmy land developer who rolls into town and threatens to change it. Arturo refuses to let his family and community go down without a fight, and as he schemes with Carmen, Arturo discovers the power of poetry and protest through untold family stories and the work of José Martí.

Funny and poignant, The Epic Fail of Arturo Zamora is the vibrant story of a family, a striking portrait of a town, and one boy’s quest to save both, perfect for fans of Rita Williams-Garcia.

Based on the real-life scheme to take down one of history’s greatest monsters, this heart-pounding trilogy puts two courageous kids at the center of the plot to kill Adolf Hitler.
July 1945.

The Nazis are out for blood.

After the attempt on Hitler’s life, the Hoffmanns must flee Berlin. Max and Gerta, along with their mother and Kat Vogel, are forced to leave their father behind-at the mercy of the Gestapo.

Following the same path that the Becker Circle used to smuggle Jewish escapees to safety, the Hoffmanns begin a desperate journey across Germany, through occupied France, and into Spain.

But going on the run is incredibly dangerous, and the Nazis have invoked the blood guilt laws. Anyone thought to be connected to the assassination plot, along with their families, will be killed or sent to the camps. The Hoffmanns have friends who are willing to help them escape, but their family is still incomplete.

Max can only hope that he’ll see his father again.

Nadia’s family is forced to flee their home in Aleppo, Syria, when the Arab Spring sparks a civil war in this timely, “harrowing” (Publishers Weekly) coming-of-age novel from award-winning author N.H. Senzai.

Nadia stands at the center of attention in her parents’ elegant dining room. This is the best day of my life, she thinks. Everyone is about to sing “Happy Birthday,” when her uncle calls from the living room, “Baba, brothers, you need to see this.” Reluctantly, she follows her family into the other room. On TV, a reporter stands near an overturned vegetable cart on a dusty street. Beside it is a mound of smoldering ashes. The reporter explains that a vegetable vendor in the city of Tunis burned himself alive, protesting corrupt government officials who have been harassing his business. Nadia frowns.

It is December 17, 2010: Nadia’s twelfth birthday and the beginning of the Arab Spring. Soon anti-government protests erupt across the Middle East and, one by one, countries are thrown into turmoil. As civil war flares in Syria and bombs fall across Nadia’s home city of Aleppo, her family decides to flee to safety. Inspired by current events, this novel sheds light on the complicated situation in Syria that has led to an international refugee crisis, and tells the story of one girl’s journey to safety. 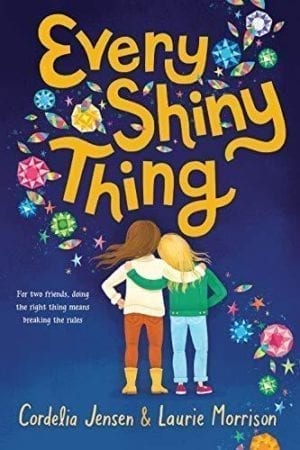