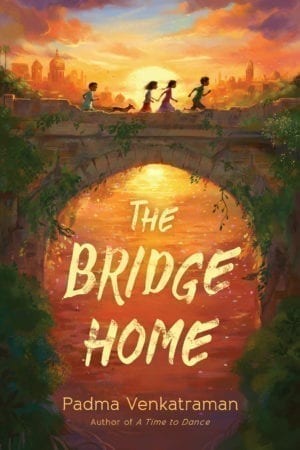 “Readers will be captivated by this beautifully written novel about young people who must use their instincts and grit to survive. Padma shares with us an unflinching peek into the reality millions of homeless children live every day but also infuses her story with hope and bravery that will inspire readers and stay with them long after turning the final page.”–Aisha Saeed, author of the New York Times Bestselling Amal Unbound

Life is harsh in Chennai’s teeming streets, so when runaway sisters Viji and Rukku arrive, their prospects look grim. Very quickly, eleven-year-old Viji discovers how vulnerable they are in this uncaring, dangerous world. Fortunately, the girls find shelter–and friendship–on an abandoned bridge. With two homeless boys, Muthi and Arul, the group forms a family of sorts. And while making a living scavenging the city’s trash heaps is the pits, the kids find plenty to laugh about and take pride in too. After all, they are now the bosses of themselves and no longer dependent on untrustworthy adults. But when illness strikes, Viji must decide whether to risk seeking help from strangers or to keep holding on to their fragile, hard-fought freedom.

Jess Aarons has been practicing all summer so he can be the fastest runner in the fifth grade. And he almost is, until the new girl in school, Leslie Burke, outpaces him. The two become fast friends and spend most days in the woods behind Leslie’s house, where they invent an enchanted land called Terabithia. One morning, Leslie goes to Terabithia without Jess and a tragedy occurs. It will take the love of his family and the strength that Leslie has given him for Jess to be able to deal with his grief.

In addition to being a Newbery Medal winner, Bridge to Terabithia was also named an ALA Notable Children’s Book and has become a touchstone of children’s literature, as have many of Katherine Paterson’s other novels, including The Great Gilly Hopkins and Jacob Have I Loved.

Brighty of the Grand Canyon

A determined little burro earns the loyalty and affection of everyone he encounters in this classic story from Newbery Award–winning author Marguerite Henry.

Long ago, a lone little burro roamed the high cliffs of the Grand Canyon and touched the hearts of all who knew him: a grizzled old miner, a big-game hunter, even President Teddy Roosevelt. Named Brighty by the prospector who befriended him, he remained a free spirit at heart. But when a ruthless claim-jumper murdered the prospector, loyal Brighty risked everything to bring the killer to justice.

Brighty’s adventures have delighted generations of readers, and he has become the symbol of a joyous way of life. Some people say that you can even see his spirit roving the canyon on moonlit nights—forever wild, forever free. 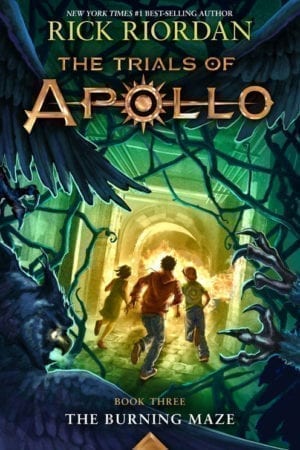 The formerly glorious god Apollo, cast down to earth in punishment by Zeus, is now an awkward mortal teenager named Lester Papadopoulos. In order to regain his place on Mount Olympus, Lester must restore five Oracles that have gone dark. But he has to achieve this impossible task without having any godly powers and while being duty-bound to a confounding young daughter of Demeter named Meg. Thanks a lot, Dad.
With the help of some demigod friends, Lester managed to survive his first two trials, one at Camp Half-Blood, and one in Indianapolis, where Meg received the Dark Prophecy. The words she uttered while seated on the Throne of Memory revealed that an evil triumvirate of Roman emperors plans to attack Camp Jupiter. While Leo flies ahead on Festus to warn the Roman camp, Lester and Meg must go through the Labyrinth to find the third emperor–and an Oracle who speaks in word puzzles–somewhere in the American Southwest. There is one glimmer of hope in the gloom-filled prophecy: The cloven guide alone the way does know. They will have a satyr companion, and Meg knows just who to call upon. . . .
$9.99 View Product

By the Shores of Silver Lake

The adventures of Laura Ingalls and her family continue as they move from their little house on the banks of Plum Creek to the wilderness of the unsettled Dakota Territory. Here Pa works on the new railroad until he finds a homestead claim that is perfect for their new little house. Laura takes her first train ride as she, her sisters, and their mother come out to live with Pa on the shores of Silver Lake. After a lonely winter in the surveyors’ house, Pa puts up the first building in what will soon be a brand-new town on the beautiful shores of Silver Lake. The Ingallses’ covered-wagon travels are finally over.

Ann Hamilton’s family has moved to the western frontier of Pennsylvania, and she misses her old home in Gettysburg. There are no girls her age on Hamilton Hill, and life is hard. But when the Hamiltons survive a terrible storm and receive a surprise visit from George Washington, Ann realizes that pioneer life is exciting and special. 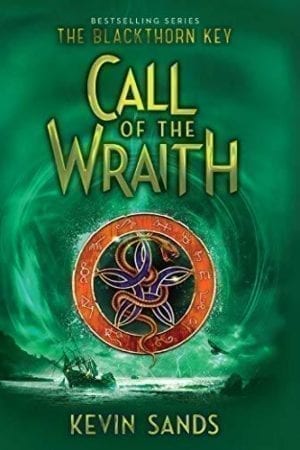 Call of the Wraith

Christopher Rowe is back and there are more puzzles, riddles, and secrets to uncover in this fourth novel of the award-winning Blackthorn Key series.

Christopher Rowe has no idea who he is. After being shipwrecked in Devonshire, he wakes up alone, his memories gone. Villagers tell him he was possessed by an unseen evil, and only became conscious after being visited by the local witch.

As Christopher tries to get his bearings, he realizes his current state may be far from coincidence. Dark events have been happening in this corner of Britain—village children are disappearing without a trace. There are whispers that the malevolent ghost of the White Lady has returned to steal the children away, one by one, and consume their souls.

Thankfully, friends Tom and Sally find Christopher and help him reconnect with his unique skills and talents, even as his memories elude him. But as motives and secrets are revealed, Christopher finds himself in a desperate race to reclaim his memories and discover the missing children before it’s too late.

Acclaimed author Jennifer A. Nielsen marks a return to the world of her beloved New York Times bestseller The False Prince in this highly anticipated fourth book of the Ascendance Series!
In a peaceful Carthya, Jaron leads as the Ascendant King with Imogen beside him — but the peace he fought so long for is not destined to last.

On a routine sea voyage, Jaron’s ship is brutally attacked, and he is taken hostage. The mysterious captors and their leader, Jane Strick, accuse Jaron of unthinkable acts. They are also in possession of some shocking items — including the crown and sword that belonged to Jaron’s older brother, Darius. The items unearth a past Jaron thought he had put behind him.

Though it seems impossible, Jaron must consider: Could Darius be alive? And what does Strick want from Jaron? Against his will, Jaron will be pulled back into a fight for the throne — and a battle to save his kingdom.

This beautifully written, emotional debut perfect for fans of Lynda Mullaly Hunt or Ali Benjamin tells the story a girl, her special needs brother, and the summer they will never forget.

“A beautiful story of family, forgiveness, life on an island, and growing up.” –Kate Messner, author of Breakout and The Seventh Wish

Cat and her brother Chicken have always had a very special bond–Cat is one of the few people who can keep Chicken happy. When he has a “meltdown” she’s the one who scratches his back and reads his favorite story. She’s the one who knows what Chicken needs. Since their mom has had to work double-hard to keep their family afloat after their father passed away, Cat has been the glue holding her family together.

But even the strongest glue sometimes struggles to hold. When a summer trip doesn’t go according to plan, Cat and Chicken end up spending three weeks with grandparents they never knew. For the first time in years, Cat has the opportunity to be a kid again, and the journey she takes shows that even the most broken or strained relationships can be healed if people take the time to walk in one another’s shoes.

When Charlie exaggerates about his dad’s career and convinces his classmates that his dad would be the greatest Career Week speaker ever, what will happen if his dad actually does come and his friends find out the truth?
When his classmates are boasting about their parents’ jobs, Charlie gets carried away and leaves the impression that his accountant dad is not only the president of his company but also that he will hand out free calculators to everyone. With rumors flying around the school and expectations escalating, Charlie jumps the gun and tells his teacher Mrs. Burke that his dad can speak to their class during Career Week. Now Charlie has no choice. He has to get his dad to come in. But then, just before the big event Mr. Bumpers loses his job. Charlie is dumbfounded and devastated. How will he explain to his class? Will his dad still come in during Career Week? Fortunately, Mr. Bumpers has some very surprising plans of his own.
This fun series for young readers from Grammy–award winning author, Bill Harley, uses humor to illuminate important values such as learning to live together as a family and making the best of a bad situation. 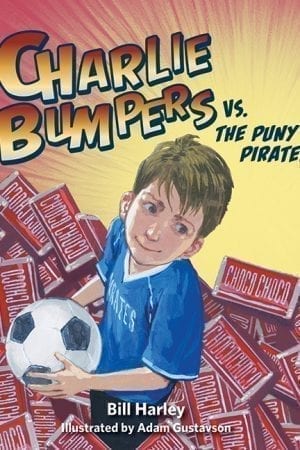 Charlie and his best friends are finally on the same soccer team. But is it a winning combination? From the award-winning middle grade series by Bill Harley.

Charlie Bumpers and his best friends are finally on the same soccer team and are sure the Pirates will be the best team ever! But their high hopes are crushed on the first day of practice. Not only do they have a bunch of shrimpy and inexperienced teammates, their new coach doesn’t believe in star players. And the first few games leave little to be desired.

If they can’t be on a winning team, Charlie thinks maybe he, Tommy, and Hector can at least win the prize for selling the most candy bars for the fundraiser. But after a series of near catastrophes, Charlie and his friends learn that hotshot plays and gimmicky sales techniques aren’t as effective as hard work, honesty, and cooperation. Black and white illustrations throughout. Available in eBook.