Greg Heffley and his family are getting out of town.

With the cold weather and the stress of the approaching holiday season, the Heffleys decide to escape to a tropical island resort for some much-needed rest and relaxation. A few days in paradise should do wonders for Greg and his frazzled family.

But the Heffleys soon discover that paradise isn’t everything it’s cracked up to be. Sun poisoning, stomach troubles, and venomous critters all threaten to ruin the family’s vacation. Can their trip be saved, or will this island getaway end in disaster? 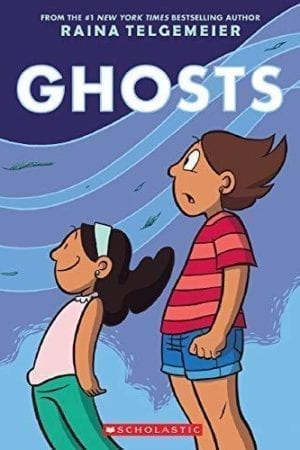 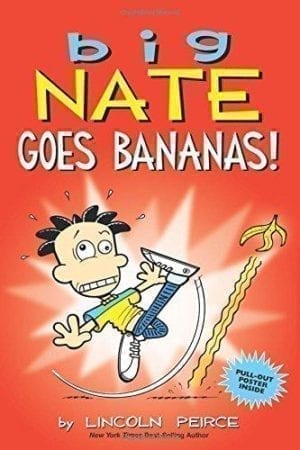 A true story from Raina Telgemeier, the #1 New York Times bestselling, multiple Eisner Award-winning author of Smile, Sisters, Drama, and Ghosts!
Raina wakes up one night with a terrible upset stomach. Her mom has one, too, so it’s probably just a bug. Raina eventually returns to school, where she’s dealing with the usual highs and lows: friends, not-friends, and classmates who think the school year is just one long gross-out session. It soon becomes clear that Raina’s tummy trouble isn’t going away… and it coincides with her worries about food, school, and changing friendships. What’s going on?

Raina Telgemeier once again brings us a thoughtful, charming, and funny true story about growing up and gathering the courage to face — and conquer — her fears. 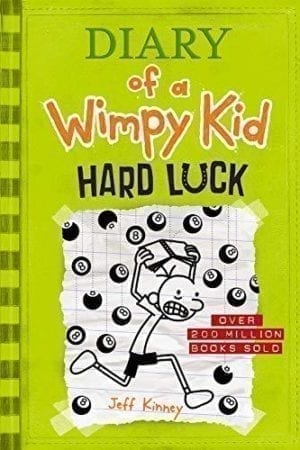 The #1 New York Times bestselling Wings of Fire series soars to new heights in the third graphic novel adaptation!
Glory knows that the dragon world is wrong about her being “a lazy RainWing.” Maybe she wasn’t meant to be one of the dragonets of destiny, but Glory is sharp and her venom is deadly…even if that’s still a secret.

So when the dragonets seek shelter in the rain forest, Glory is devastated to find that the treetops are full of RainWings that nap all day and know nothing of the rest of Pyrrhia. Worst of all, they don’t realize — or care — that RainWings are going missing from their beautiful forest. But Glory and the dragonets are determined to find the missing dragons, even if it drags the peaceful RainWing kingdom where they never wanted to be — into the middle of the war.

In History Comics: The Roanoke Colony, Chris Schweizer separates fact from fiction and uncovers the secrets of one of America’s most puzzling mysteries.

Over a hundred years before the pilgrims, the very first English settlers arrived on Roanoke Island. But without warning, these colonists abandoned their new home and disappeared without a trace.

What happened to the colonists? To figure it out, we’ll need to investigate how these missing settlers got to Roanoke in the first place, and what the people already living there thought about these strange foreigners. It’s a case filled with brutal battles, perilous pirate ships, ruthless queens, scheming businessmen, and enough skeletons to fill a graveyard.

With History Comics you can travel back in time to the launchpad at Cape Canaveral, the deserts of the American southwest, the riot at the Stonewall Inn, and beyond! In this new nonfiction graphic novel series from First Second, the past comes alive! 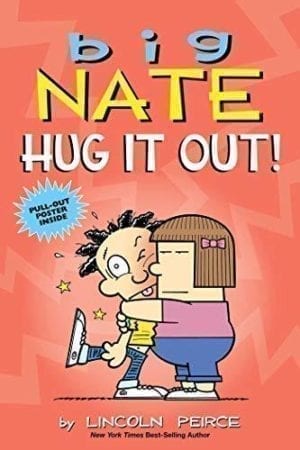 I Survived the Shark Attacks of 1916 (Graphic Version)

A thrilling graphic novel adaptation of Lauren Tarshis’s bestselling I Survived the Shark Attacks of 1916, with text adapted by Georgia Ball and art by Haus Studio!
Chet Roscow is finally feeling at home in his uncle’s little New Jersey town. He has three new friends, and they love cooling off in the creek on hot summer days.

But then comes shocking news: A massive shark has been attacking swimmers in the ocean along the Jersey Shore, not far from where Chet is staying. Fear is in the air.

So when Chet spots a gray fin in the creek, he’s sure it’s his imagination running wild. It’s impossible he’s about to come face-to-face with a killer shark… right?

Based on the real life events of the Jersey Shore shark attacks of 1916, this graphic novel brings Lauren Tarshis’s New York Times bestselling I Survived series to vivid life. Perfect for readers who prefer the graphic novel format, or for existing fans of the I Survived chapter book series, these graphic novels combine historical facts with high-action storytelling that’s sure to keep any reader turning the pages. Includes a nonfiction section at the back with historical photos and facts about the real-life shark attacks.

I Survived the Sinking of the Titanic, 1912 (Graphic)

A thrilling graphic novel adaptation of Lauren Tarshis’s bestselling I Survived the Sinking of the Titanic, 1912!

Ten-year-old George Calder can’t wait to explore every inch of the Titanic, even if his little sister, Phoebe, has to tag along. But when George sneaks away without her and ventures into the first class baggage room, a terrible boom shakes the entire boat. Suddenly, water is everywhere, and George’s life changes forever…