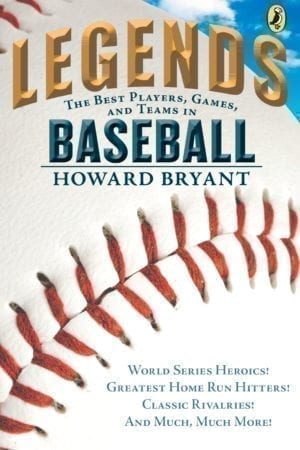 “With the LEGENDS series, Howard Bryant brings to life the best that sports has to offer—the heroes, the bitter rivalries, the moments that every sports-loving kid should know.”—Mike Lupica, #1 bestselling author of Travel Team, Heat, and Fantasy League

Baseball, America’s pastime, is a sport of moments that stand the test of time. It is equally a sport of a new generation of heroes, whose exploits inspire today’s young fans. This combination makes for a winning debut in Legends: The Best Players, Games, and Teams in Baseball.

This is no traditional almanac of mundane statistics, but rather a storyteller’s journey through baseball’s storied game. Told in fun, accessible chapters and accompanied by iconic photos, a slew of Top Ten lists for kids to chew on and debate, and a Timeline of the 40 Most Important Moments in Baseball History, this collection covers some of the greatest players from Babe Ruth to Hank Aaron; the greatest teams to take the field and swing the bats; the greatest social triggers, such as Jackie Robinson’s breaking of the color barrier; the greatest playoff rivalries, including the 2004 showdown between the Red Sox and Yankees that turned into an instant classic; and, of course, the edge-of-your-seat World Series moments that left some cheering while others wept. This is the perfect book for young fans eager to learn more about the sport that will stay with them for a lifetime.

* “A terrific gathering of heroic hacks and legendary near misses.”—Kirkus Books, starred review 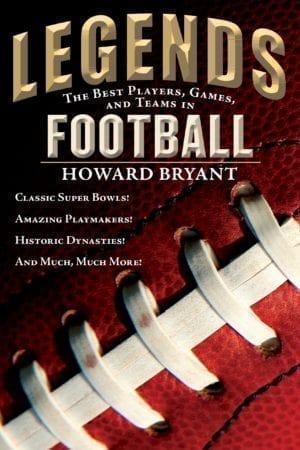 From Lombardi’s Packers through Brady and the Patriots, here is the ultimate look at the greatest sporting event in America — the Super Bowl — through its greatest quarterbacks, coaches, and highlight-reel plays.

In the second book of the LEGENDS series, ESPN’s Howard Bryant delivers THE gridiron guide to the most exciting event in sports: the Super Bowl!

In this day and age, the gridiron reigns supreme. Football is America’s most popular sport and the NFL’s star players are instant celebrities with die-hard fans who live and die with each win or loss. And our collective obsession with the game begins when we’re just kids and culminates each year on what has become the equivalent of a national holiday—Super Bowl Sunday.

Recounting momentous stories of football’s past and present, and accompanied by iconic photos, Top Ten Lists to chew on and debate, and a Top 40-style Timeline of Key Moments, this comprehensive collection details twenty of the greatest Super Bowls in NFL history—and expands on their relevance within the larger scope of dynasties, giants of the coaching world, and marquee players making history. From the upsets to the blowouts to the nail-biting finishes, this is the perfect book for young fans eager to kick off their football schooling.

“With the LEGENDS series, Howard Bryant brings to life the best that sports has to offer—the heroes, the bitter rivalries, the moments that every sports-loving kid should know.”—Mike Lupica, #1 bestselling author of Travel Team, Heat, and Fantasy League 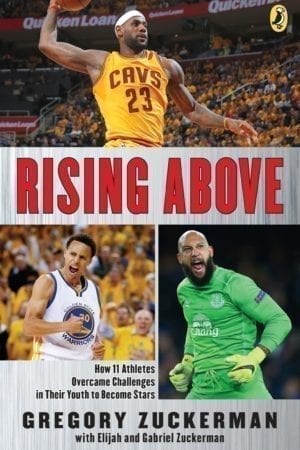 “Packs a powerful message—perseverance and passion pay off. Even non-sports fans will cheer for superstars like LeBron James and Stephen Curry.”–Scholastic Teacher

Team USA goalkeeper Tim Howard was diagnosed with Tourette Syndrome in 6th grade. He went on to become a national treasure after single-handedly keeping America competitive in the 2014 World Cup. Stephen Curry was told he was too small, too weak, and too slow to even receive a scholarship to play college basketball. He outworked everyone and went on to become MVP of the National Basketball Association. Jim Abbott was born without his right hand, yet he refused to be defined by what he lacked. He went on to pitch a no-hitter in the Major Leagues.

Athlete after athlete in this book found discipline, hope, and inspiration on the playing field, rising above their circumstances. Filled with first-hand accounts from stars who exemplify the idea of enduring at all costs, Rising Above will serve as a must-read source of inspiration for kids and sports fans of all ages. 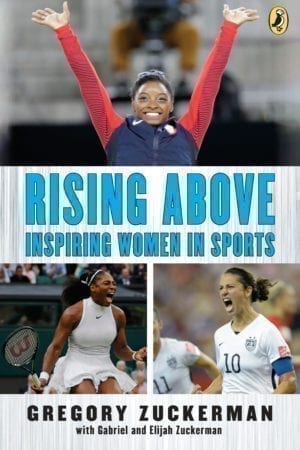 Rising Above: Inspiring Women in Sports

Some of the most accomplished and famous athletes in the world—tennis legends Venus and Serena Williams, Olympic Gold Medalist Simone Biles, World Cup superstar Carli Lloyd and others—faced earthshaking challenges in their youth. But they refused to give up. Through hard work and determination, they rose above their circumstances and went on to conquer the sports world. This collection of mini biographies, complete with firsthand content drawn from in-depth interviews, is a source of inspiration and self-empowerment for kids and sports fans of all ages.

“An inspiring, empowering collection of true stories of perseverance and resolve.” —Kirkus Reviews