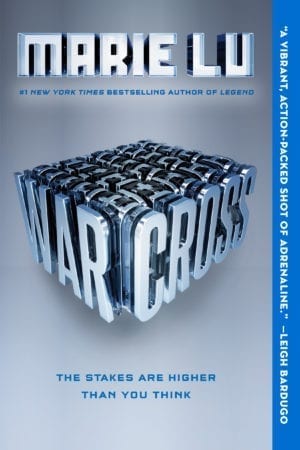 From #1 New York Times bestselling author Marie Lu—when a game called Warcross takes the world by storm, one girl hacks her way into its dangerous depths.

For the millions who log in every day, Warcross isn’t just a game—it’s a way of life. The obsession started ten years ago and its fan base now spans the globe, some eager to escape from reality and others hoping to make a profit. Struggling to make ends meet, teenage hacker Emika Chen works as a bounty hunter, tracking down Warcross players who bet on the game illegally. But the bounty-hunting world is a competitive one, and survival has not been easy. To make some quick cash, Emika takes a risk and hacks into the opening game of the international Warcross Championships—only to accidentally glitch herself into the action and become an overnight sensation.

Convinced she’s going to be arrested, Emika is shocked when instead she gets a call from the game’s creator, the elusive young billionaire Hideo Tanaka, with an irresistible offer. He needs a spy on the inside of this year’s tournament in order to uncover a security problem . . . and he wants Emika for the job. With no time to lose, Emika’s whisked off to Tokyo and thrust into a world of fame and fortune that she’s only dreamed of. But soon her investigation uncovers a sinister plot, with major consequences for the entire Warcross empire.

In this sci-fi thriller, #1 New York Times bestselling author Marie Lu conjures an immersive, exhilarating world where choosing who to trust may be the biggest gamble of all. 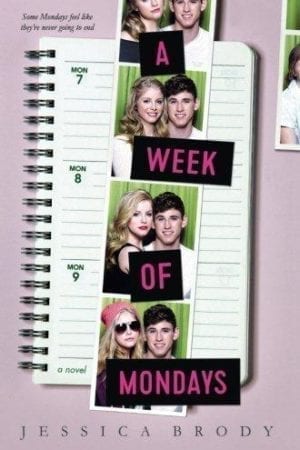 When I made the wish, I just wanted a do-over. Another chance to make things right. I never, in a million years, thought it might actually come true…

Sixteen-year-old Ellison Sparks is having a serious case of the Mondays. She gets a ticket for running a red light, she manages to take the world’s worst school picture, she bombs softball try-outs and her class election speech (note to self: never trust a cheerleader when she swears there are no nuts in her bake-sale banana bread), and to top it all off, Tristan, her gorgeous rocker boyfriend suddenly dumps her. For no good reason!

As far as Mondays go, it doesn’t get much worse than this. And Ellie is positive that if she could just do it all over again, she would get it right. So when she wakes up the next morning to find she’s reliving the exact same day, she knows what she has to do: stop her boyfriend from breaking up with her. But it seems no matter how many do-overs she gets or how hard Ellie tries to repair her relationship, Tristan always seems bent on ending it. Will Ellie ever figure out how to fix this broken day? Or will she be stuck in this nightmare of a Monday forever?

From Jessica Brody, the author 52 Reasons to Hate My Father and The Unremembered trilogy, comes A Week of Mondays, a hilarious and heartwarming story about second (and third and fourth and fifth) chances. Because sometimes it takes a whole week of Mondays to figure out what you really want.

“A teenage spin on Groundhog Day that is sure to please those looking for a light and entertaining read.” —School Library Journal

What Mama Left Me

Serenity is good at keeping secrets, and she’s got a whole lifetime’s worth of them. Her mother is dead, her father is gone, and starting life over at her grandparents’ house is strange. Luckily, certain things seem to hold promise: a new friend who makes her feel connected, and a boy who makes her feel seen. But when her brother starts making poor choices, her friend is keeping her own dangerous secret, and her grandparents put all of their trust in a faith that Serenity isn’t sure she understands, it is the power of love that will repair her heart and keep her sure of just who she is.

Where the Red Fern Grows

Where the Red Fern Grows is a beloved classic that captures the powerful bond between man and man’s best friend. This edition also includes a special note to readers from Newbery Medal winner and Printz Honor winner Clare Vanderpool.

Billy has long dreamt of owning not one, but two, dogs. So when he’s finally able to save up enough money for two pups to call his own—Old Dan and Little Ann—he’s ecstatic. It doesn’t matter that times are tough; together they’ll roam the hills of the Ozarks.
Soon Billy and his hounds become the finest hunting team in the valley. Stories of their great achievements spread throughout the region, and the combination of Old Dan’s brawn, Little Ann’s brains, and Billy’s sheer will seems unbeatable. But tragedy awaits these determined hunters—now friends—and Billy learns that hope can grow out of despair, and that the seeds of the future can come from the scars of the past.

Praise for Where the Red Fern Grows

“A rewarding book . . . [with] careful, precise observation, all of it rightly phrased….Very touching.” —The New York Times Book Review

“One of the great classics of children’s literature . . . Any child who doesn’t get to read this beloved and powerfully emotional book has missed out on an important piece of childhood for the last 40-plus years.” —Common Sense Media

“Written with so much feeling and sentiment that adults as well as children are drawn [in] with a passion.” —Arizona Daily Star

“It’s a story about a young boy and his two hunting dogs and . . . I can’t even go on without getting a little misty.” —The Huffington Post

“We tear up just thinking about it.” —Time on the film adaptation

With a family always on the move, popularity and the ability to fit in quickly are vital to Brent Bishop’s high school survival. When he blows his chances with the girl of his dreams in front of everyone, he’s devastated. Brent tries to end it all in a fatal car crash, but instead he finds an unlikely beginning. He’s sent on a journey of repentance—a cross-country trip building whirligigs. His wind toys are found by people in need: a Maine schoolgirl yearning for her first love, a Miami street-sweeper desperate for peace and quiet, a kid in Washington who just wants to play baseball, and a San Diego teenager dealing with loss. Brent’s whirligigs bring hope to others, but will they be able to heal the wounds deep inside himself? 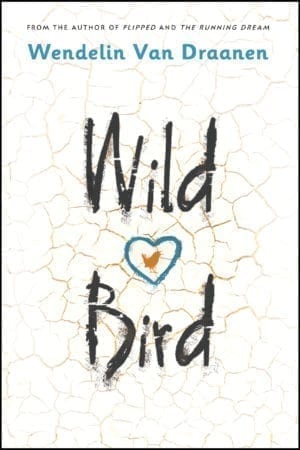 From the award-winning author of The Running Dream and Flipped comes a remarkable portrait of a girl who has hit rock bottom but begins a climb back to herself at a wilderness survival camp.

3:47 a.m. That’s when they come for Wren Clemmens. She’s hustled out of her house and into a waiting car, then a plane, and then taken on a forced march into the desert. This is what happens to kids who’ve gone so far off the rails, their parents don’t know what to do with them anymore. This is wilderness therapy camp. Eight weeks of survivalist camping in the desert. Eight weeks to turn your life around. Yeah, right.

The Wren who arrives in the Utah desert is angry and bitter, and blaming everyone but herself. But angry can’t put up a tent. And bitter won’t start a fire. Wren’s going to have to admit she needs help if she’s going to survive.

“I read Wild Bird in one long, mesmerized gulp. Wren will break your heart—and then mend it.” —Nancy Werlin, National Book Award finalist for The Rules of Survival

“Van Draanen’s Wren is real and relatable, and readers will root for her.” —VOYA, starred review 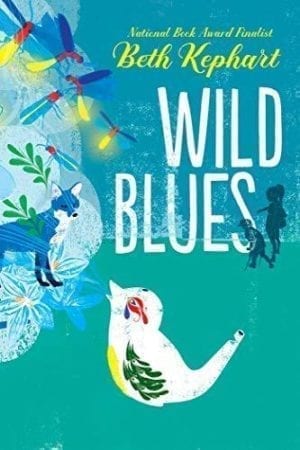 “Readers will be entranced by this exceptional offering.” —Publishers Weekly (starred review)
“By turns a mystery, a thriller, and an adventure, this richly woven story will provide much for readers to tease apart long after it’s finished.” —Booklist (starred review)
“Thought-provoking and intense.” —Kirkus Reviews
“A survival story in its truest sense.” —BCCB

The threat of two escaped convicts and a missing friend lead Lizzie on a harrowing journey through the wilds of the Adirondacks in this captivating mystery from National Book Award finalist Beth Kephart.

Thirteen-year-old Lizzie’s favorite place in the world is her uncle’s cabin. Uncle Davy’s renovated schoolhouse cabin, filled with antiques and on the edge of the Adirondacks, disconnected from the rest of the world, is like something out of a fairy tale. And an escape from reality is exactly what Lizzie needs. Life hasn’t been easy for Lizzie lately. Her father abandoned their family, leaving Lizzie with her oftentimes irresponsible mother. Now, her mom has cancer and being unable to care for Lizzie during her chemotherapy, asks Lizzie where she’d like to spend the summer. The answer is simple: Uncle Davy’s cabin.

Lizzie loves her uncle’s home for many reasons, but the main one is Matias, Uncle Davy’s neighbor and Lizzie’s best friend. Matias has proportionate dwarfism, but that doesn’t stop him and Lizzie from wandering in the woods. Every day they go to their special spot where Matias paints with watercolors and Lizzie writes. Until one day when Matias never arrives.

When news breaks about two escaped convicts from the nearby prison, Lizzie fears the worst. And when Uncle Davy goes missing, too, Lizzie knows she’s the only one who knows this area of woods well enough to save them. Armed with her trusted Keppy survival book, Lizzie sets out into the wilds of the Adirondacks, proving just how far she’ll go to save the people she loves. 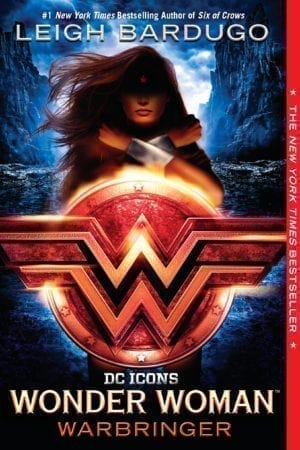 “You’ll enjoy this book whether you’re a fan of Wonder Woman comics, the Wonder Woman movie, Leigh Bardugo, or just YA lit in general.” —Hypable

She will become one of the world’s greatest heroes: WONDER WOMAN. But first she is Diana, princess of the Amazons. And her fight is just beginning. . . .

Diana longs to prove herself to her legendary warrior sisters. But when the opportunity finally comes, she throws away her chance at glory and breaks Amazon law—risking exile—to save a mere mortal. Even worse, Alia Keralis is no ordinary girl, and with this single brave act, Diana may have doomed the world.

Alia just wants to escape her overprotective brother with a semester at sea. She doesn’t know she is being hunted. When a bomb detonates aboard her ship, Alia is rescued by a mysterious girl of extraordinary strength and forced to confront a horrible truth: Alia is a Warbringer—a direct descendant of the infamous Helen of Troy, fated to bring about an age of bloodshed and misery.

Together, Diana and Alia will face an army of enemies—mortal and divine—determined to either destroy or possess the Warbringer. If they have any hope of saving both their worlds, they will have to stand side by side against the tide of war.

“Feminism is the invisible jet powering this literary revamp of the Amazon princess.” —The New York Times Book Review

“Warning: This novel about the young super hero crossing paths with a seemingly ordinary—but seriously powerful—girl may result in multiple fist pumps.” —Seventeen