A SEA OTTER TO THE RESCUE

Dip a toe, paw, or fin into history with this fact-tastic Level 2 Ready-to-Read, part of a new series all about pets and the people who loved them! In this story, learn all about a sweet mother sea otter from California who inspired lawmakers to protect endangered species! 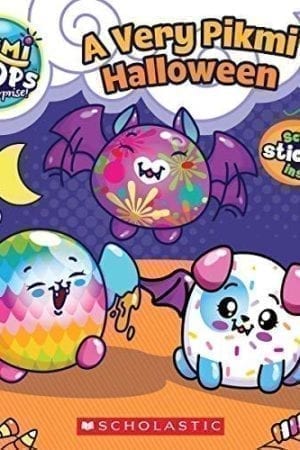 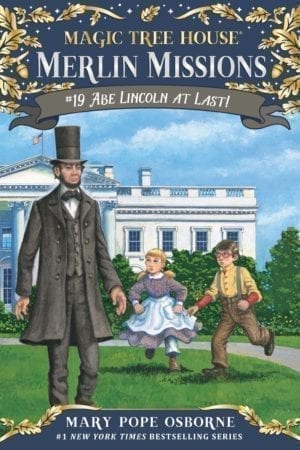 The #1 bestselling chapter book series of all time celebrates 25 years with new covers and a new, easy-to-use numbering system!

Are you ready for a presidential adventure? Jack and Annie are! They are whisked back to Washington, D.C., in 1861. Jack can’t wait to meet Abraham Lincoln himself! But the new president is too busy to see them, as he is desperately trying to save a nation in crisis. It’s a race against time as Jack and Annie try to aid a president and a troubled nation!

Did you know that there’s a Magic Tree House book for every kid?

Have more fun with Jack and Annie at MagicTreeHouse.com! 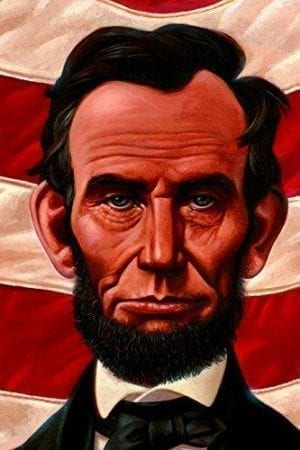 From the time he was a young boy roaming the forests of the unsettled Midwest, Abraham Lincoln knew in his heart that slavery was deeply wrong. A voracious reader, Lincoln spent every spare moment of his days filling his mind with knowledge, from history to literature to mathematics, preparing himself to one day lead the country he loved toward greater equality and prosperity.

Despite the obstacles he faced as a self-educated man from the back woods, Lincoln persevered in his political career, and his compassion and honesty gradually earned him the trust of many Americans. As president, he guided the nation through a long and bitter civil war and penned the document that would lead to the end of slavery in the United States.

The passion for humanity that defined Lincoln’s life shines through in this momentous follow-up to Martin’s Big Words and John’s Secret Dreams. Told in Doreen Rappaport’s accessible, absorbing prose, and brought to life in powerful illustrations by Kadir Nelson, Abe’s Honest Words is an epic portrait of a truly great American president. 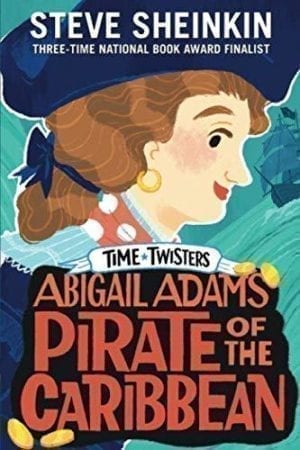 ABIGAIL ADAMS, PIRATE OF THE CARIBBEAN

Abigail Adams, Pirate of the Caribbean, is a chapter book in the Time Twisters series by award-winning author Steve Sheinkin about what happens when a famous First Lady tires of life in the White House. Also check out Abraham Lincoln, Pro Wrestler!

WARNING: DO NOT BELIEVE THE STORY YOU’RE ABOUT TO READ.

Well, you can believe some of it. There is some real history. But also hijinks. Time travel. And famous figures setting off on adventures that definitely never happened—till now. Time is getting twisted, and it’s up to two kids to straighten things out.

Abraham Lincoln may have returned to history books, but other historical figures saw what he did—and now they know they can escape from their times, too. When Abigail Adams decides there’s more to life than doing chores in the White House, she joins a crew of Caribbean pirates! Can siblings Abby and Doc set history straight? Or will they be the ones who need to be rescued?

This title has Common Core Connections. 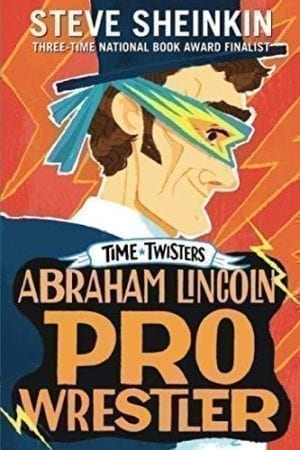 WARNING: DO NOT BELIEVE THE STORY YOU’RE ABOUT TO READ.

Well, you can believe some of it. There is some real history. But also hijinks. Time travel. And famous figures setting off on adventures that definitely never happened—till now. Time is getting twisted, and it’s up to two kids to straighten things out.

When Abraham Lincoln overhears a classroom of kids say “history is boring,” he decides to teach them a lesson. Lincoln escapes from 1860—to pursue his dream of becoming a professional wrestler! Now siblings Doc and Abby have to convince Lincoln to go back to Springfield, Illinois, and accept the presidency . . . before everything spins out of control!

ABRAHAM LINCOLN: THE MAKING OF AMERICA

The third installment of the Making of America series, Abraham Lincoln follows one of our most popular presidents. Even though he grew up on the frontier without a formal education, Abraham Lincoln (1809–1865) worked his way up in the government. He was elected to the Illinois House of Representatives, then to the US House of Representatives, and then he became the 16th president of the United States. During his presidency, he led the United States through the Civil War, brought about the emancipation of the enslaved, and strengthened the federal government. Unlike other biographical works, the Making of America series goes beyond individual narratives and links influential figures to create an overarching story of America’s growth. The books can be read on their own and are also a way to entice young readers to study American history. The book includes selections from Lincoln’s writings, endnotes, a bibliography, and an index. 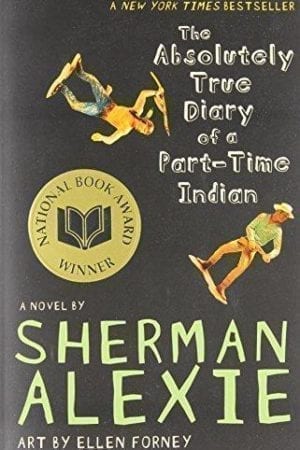 Bestselling author Sherman Alexie tells the story of Junior, a budding cartoonist growing up on the Spokane Indian Reservation.

Determined to take his future into his own hands, Junior leaves his troubled school on the rez to attend an all-white farm town high school where the only other Indian is the school mascot.

Heartbreaking, funny, and beautifully written, The Absolutely True Diary of a Part-Time Indian, which is based on the author’s own experiences, coupled with poignant drawings by Ellen Forney that reflect the character’s art, chronicles the contemporary adolescence of one Native American boy as he attempts to break away from the life he was destined to live.

With a forward by Markus Zusak, interviews with Sherman Alexie and Ellen Forney, and four-color interior art throughout, this edition is perfect for fans and collectors alike. 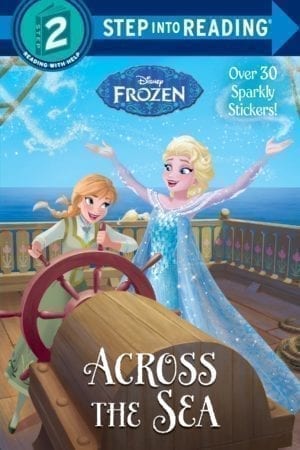 Anna and Elsa from Disney’s Frozen sail off on a new adventure in this Step 2 Step into Reading book. Boys and girls ages 4 to 6 will love this leveled reader featuring a glittery cover and over 30 sparkly stickers! Step 2 readers use basic vocabulary and short sentences to tell simple stories. This book is for children who recognize familiar words and can sound out new words with help. 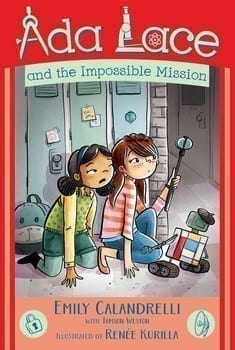 Ada Lace and the Impossible Mission

From Emily Calandrelli—Emmy-nominated host of Xploration Outer Space, correspondent on Bill Nye Saves the World, and graduate of MIT—comes the fourth novel in a fun illustrated chapter book series about an eight-year-old girl with a knack for science, math, and solving mysteries with technology. 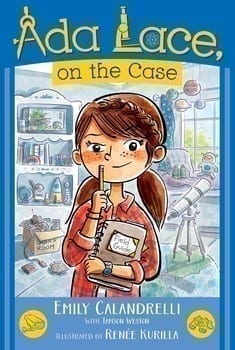 Ada Lace on the Case

From Emily Calandrelli—host of Xploration Outer Space, correspondent on Bill Nye Saves the World, and graduate of MIT—comes the first novel in a brand-new chapter book series about an eight-year-old girl with a knack for science, math, and solving mysteries with technology.

Ada Lace—third-grade scientist and inventor extraordinaire—has discovered something awful: her neighbor’s beloved Yorkie has been dognapped! 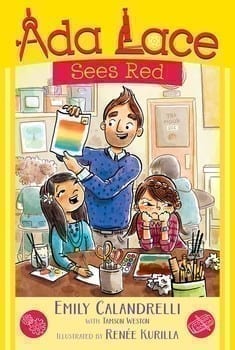 From Emily Calandrelli—host of Xploration Outer Space, correspondent on Bill Nye Saves the World, and graduate of MIT—comes the second novel in a brand-new chapter book series about an eight-year-old girl with a knack for science, math, and solving mysteries with technology.

Ada Lace is building a new robot! She’s determined to beat Milton in the upcoming robotics competition. But she’s distracted—Ada finds her dad’s art class impossible, while Nina is the star of the class, basking in the glory of being Mr. Lace’s star pupil.