Based on the real-life scheme to take down one of history’s greatest monsters, this heart-pounding trilogy puts two courageous kids at the center of the plot to kill Adolf Hitler.

Berlin, November 1943. With bombing raids commencing, the city is blanketed by explosions.

Siblings Gerta and Max Hoffmann live a surprisingly carefree childhood amid the raids. Berlin is a city going about its business, even as it’s attacked almost nightly.

But one night, the air raid sirens wail, and the Hoffmanns’ neighborhood is hit. A mortally wounded man comes to their door, begging to be let in. He asks for Karl Hoffmann, their father. Gerta and Max watch as Karl tries in vain to save the man’s life.

Before he dies, the stranger gives their father a bloodstained packet of documents, along with a message: “For the sake of humanity, the Führer must die. Finish it, Karl!”

Based on real events, this is the story of two children swept up in a fight for the soul of Germany — and the world. 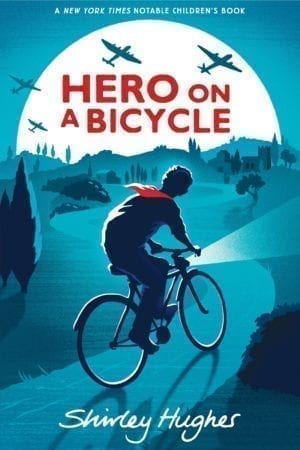 Hero on a Bicycle

Italy, 1944: Florence is occupied by Nazi forces. The Italian resistance movement has not given up hope, though — and neither have thirteen-year- old Paolo and his sister, Costanza. As their mother is pressured into harboring escaping POWs, Paolo and Costanza each find a part to play in opposing the German forces. Both are desperate to fight the occupation, but what can two siblings — with only a bicycle to help them — do against a whole army? Middle-grade fans of history and adventure will be riveted by the action and the vividly evoked tension of World War II. 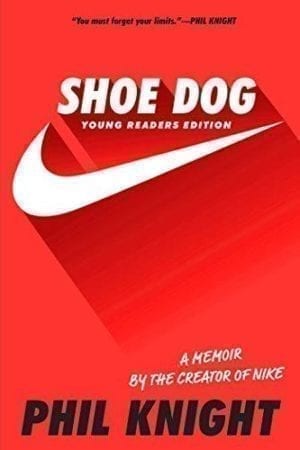 “An eye-opening look into the story of Knight before his multibillion dollar company.” —School Library Journal

“A great story about how an ambition turned into a business…serves as a guide for accomplishing great things.” —VOYA

In this young reader’s edition of the New York Times bestseller, Nike founder and board chairman Phil Knight “offers a rare and revealing look at the notoriously media-shy man behind the swoosh” (Booklist, starred review), opening up about how he went from being a track star at an Oregon high school to the founder of a brand and company that changed everything.

You must forget your limits.

It was only when Nike founder Phil Knight got cut from the baseball team as a high school freshman that his mother suggested he try out for track instead. Knight made the track team and found that not only could he run fast but also, more importantly, he liked it.

Ten years later, young and searching, Knight borrowed fifty dollars from his father and launched a company with one simple mission: import high quality running shoes from Japan. Selling the shoes from the trunk of his car to start, he and his gang of friends and runners built one of the most successful brands ever.

Phil Knight encountered risks and setbacks along the way, but always followed his own advice. Just keep going. Don’t stop. Whatever comes up, don’t stop. Filled with wisdom, humanity, humor, and heart, the young readers edition of the bestselling Shoe Dog is a story of determination that inspires all who read it.

The Young Readers Edition is an abridged version of the internationally bestselling adult book and it features original front matter and back matter, including a new introduction and “A Letter to the Young Reader” containing advice from Phil Knight for budding entrepreneurs.

Superspy middle schooler Ben Ripley is finally going to take SPYDER down, once and for all, in this latest addition to the New York Times bestselling Spy School series.

Stranded in Mexico after nearly capturing the leaders of SPYDER, thirteen-year-old Ben Ripley desperately needs a shower. But even more so, he and his spy school friends need to come up with a new plan to defeat their enemies, their only clue a key that opens…something.

The Mission: Go rogue from the CIA, join up with the British MI6 to locate the leader of SPYDER, the enigmatic Mr. E, and bring down the evil organization once and for all.

Only it won’t be easy. They’ll have to deal with rival evil splinter factions, devious double-crosses and learning to drive on the opposite side of the road. But they have no other choice: this is their last and final chance to crack the code on SPYDER. 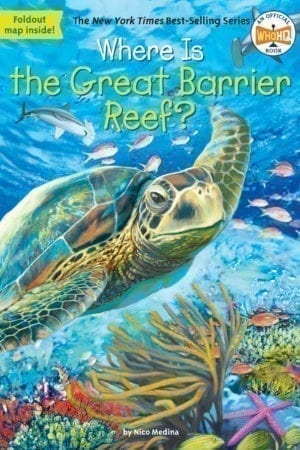 Where Is the Great Barrier Reef?

In this Where Is? title, kids can explore the Great Barrier Reef—big enough to be seen from space but made up of billions of tiny living organisms.

The Great Barrier Reef, off the coast of Australia, is the world’s largest coral reef system. Stretching more than 1,400 miles, it provides a home to a wide diversity of creatures. Designated a World Heritage Site, the reef is suffering from the effects of climate change but this fascinating book shows this spectacular part of our planet.

Who Was Cesar Chavez?

When he was young, Cesar and his Mexican American family toiled in the fields as migrant farm workers. He knew all too well the hardships farm workers faced. His public-relations approach to unionism and aggressive but nonviolent tactics made the farm workers’ struggle a moral cause with nationwide support. Along with Dolores Huerta, he cofounded the National Farmworkers Association. His dedication to his work earned him numerous friends and supporters, including Robert Kennedy and Jesse Jackson.