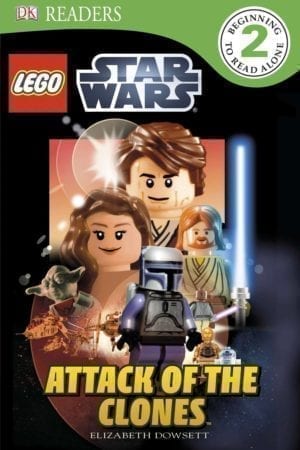 Attack of the Clones

Star Wars: Episode II Attack of the Clones will be released in 3D on September 20, 2013!

Young readers will learn all about the rise of the enormous Clone Army and the first battle of the Clone Wars in this action-packed Level 2 reader, featuring kids’ favorite Jedi minifigures in their battle against the deadly droid army. This book is a perfect introduction to Star Wars: Attack of the Clones. 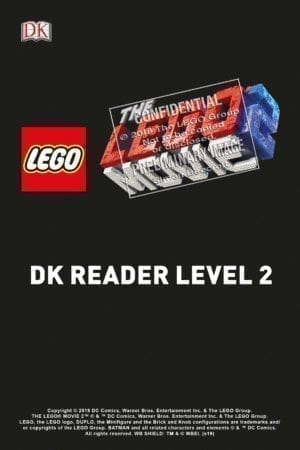 Join Emmet, Lucy, Batman and Unikitty from THE LEGO® MOVIE 2(TM) on their new adventures in this exciting book for children learning to read. Packed with images of THE LEGO MOVIE 2 sets and minifigures, this book will get young fans hooked on reading.

Exciting images, simple vocabulary, and a fun quiz will engage young readers, helping them to build their confidence in reading. Combining DK’s four-level reading scheme with the popular THE LEGO MOVIE 2 theme, THE LEGO MOVIE 2 Reader is at Level 2 and will help kids learn to read-and to love reading.

Back in Action (Lego Ninjago)

The ninjas’ beloved Master Wu is back to his (literally) old self and is training the ninja again as the Monastery of Spinjitzu is being rebuilt. But when one of the workers accidentally activates an ancient and dangerous artifact, the ninja will have to spring into action to save the day! An awesome, original story that comes with one sheet of stickers! 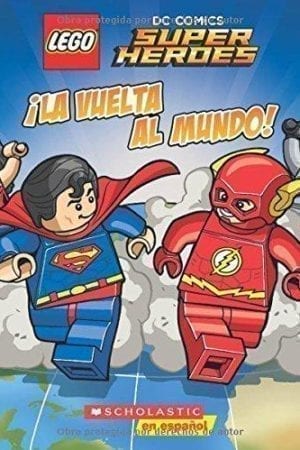 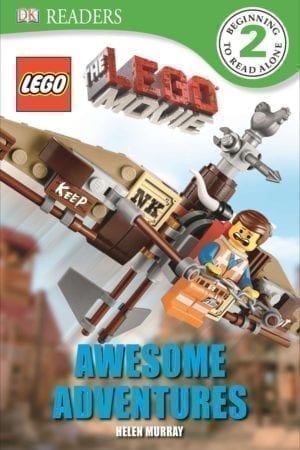 Meet the very ordinary Emmet and join him on his extraordinary quest to save the universe in The LEGO® Movie: Awesome Adventures! This Level 2 book from DK’s levelled reading program follows the adventures of The LEGO® Movie, assembling in February 2014.

DK Readers are a multi-level reading program guaranteed to capture a child’s interest while developing reading skills and general knowledge — compatible with the framework for teaching literacy. 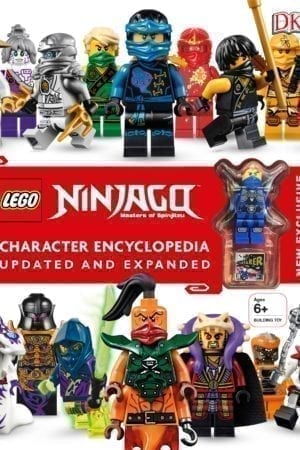 Explore the world of LEGO® NINJAGO® and the characters and vehicles in this #1 New York Times bestseller that contains an exclusive Jay minifigure and 48 new pages.

Read each character’s ninja file to learn what makes each one special and unique, and find out which weapon each ninja uses. From Ninja to Nindroids to Sky Pirates, each character has a brilliantly-photographed page filled with amazing facts and trivia, such as which minifigure is the rarest and which minifigure can be found in the most LEGO NINJAGO sets.

Join the Masters of Spinjitzu and discover the secrets of the vehicles, weapons, and locations that make up the LEGO NINJAGO world with LEGO NINJAGO: Character Encyclopedia, Updated Edition. 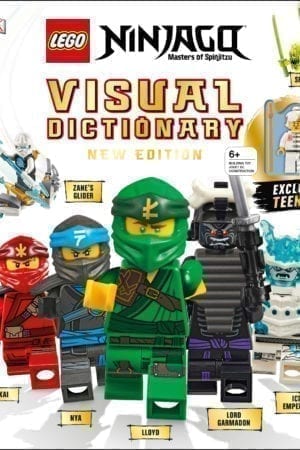 Spin through the LEGO® NINJAGO® world with this fascinating visual guide

Spin through the LEGO® NINJAGO® world with this fascinating visual guide. Discover NINJAGO City with Lloyd, Kai, Cole, Jay, and Nya and meet their dragons and foes, including the Vermillion and Sons of Garmadon. Explore the amazing sets, vehicles, mechs, and weapons. Look around the S.O.G. headquarters, examine the awesome Ninja Nightcrawler and Destiny’s Bounty, and learn all about the art of Spinjitzu. 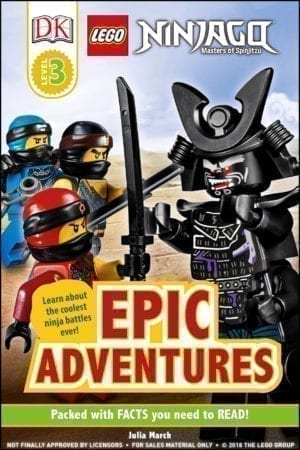 Discover the most exciting battles of the brave LEGO® NINJAGO® heroes, including their epic solo adventures and undercover missions. Meet the terrible villains that the heroes have defeated, from Nadakhan to Master Chen, the Time Twins and Iron Baron. Read all about the incredible allies, vehicles, weapons and mechs that have helped the Ninja defend Ninjago Island through its history.

This exciting book for children learning to read is packed with images of new LEGO NINJAGO sets and minifigures, helping young fans get hooked on reading. Exciting images, simple vocabulary, and a fun quiz will engage young readers, helping them to build their confidence in reading. Combining DK’s four-level reading scheme with the popular LEGO NINJAGO theme, the LEGO NINJAGO Reader is at Level 3 and will help kids learn to read-and to love reading. 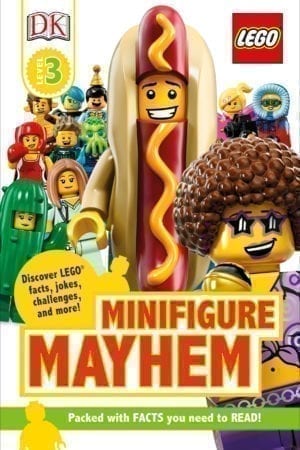 Join the LEGO® minifigure party with a bunch of wacky and wonderful LEGO characters!

Full of facts, jokes and activities, this book is perfect for young LEGO fans who are beginning to develop a love of reading. Find out about some of the coolest and silliest LEGO minifigure characters with simple, entertaining text and fun fact files. Discover the Chef’s tastiest creations, laugh at the Clown’s funniest jokes, and be inspired by creative LEGO play ideas and challenges.

LEGO Minifigure Mayhem is packed with colorful images that will encourage even reluctant readers to read more about their favorite LEGO characters, and beyond. 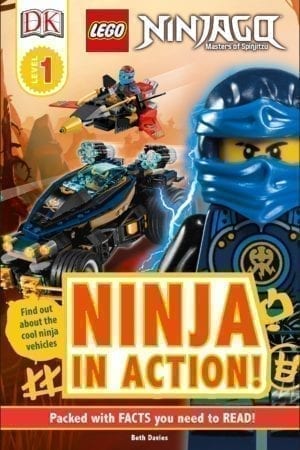 Join the Ninja as they speed through the high-tech Ninjago world on bikes, jets, mechs, and even dragons!

Read about how the brave heroes step aboard awesome vehicles and defeat their enemies. This Level 1 book is illustrated with new LEGO NINJAGO sets, and has true kid appeal. Narrative spreads are supported with captions and annotations, plus a quiz, to encourage children to develop comprehension skills. Race into battle with the LEGO® NINJAGO® heroes. 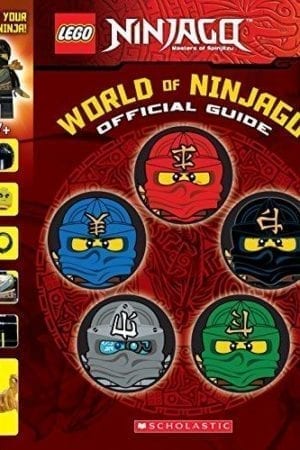