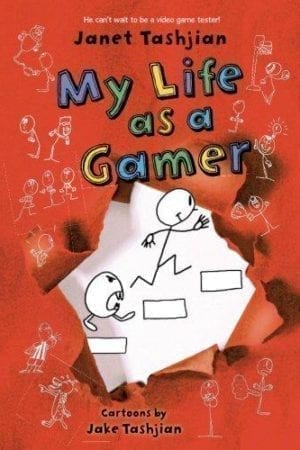 My Life as a Gamer

Derek Fallon lands his dream job as a professional video gamer testing out new games in Book 5 in the popular My Life series!

Derek Fallon gets the chance of a lifetime—to participate in a gaming company focus group and to test out a new video game called “Arctic Ninja.” Together with his friends Carly, Matt, and Umberto, Derek thinks his gaming talents will be showcased. But he soon realizes that everyone has got him beat, including whiz kid El Cid. On top of that, school reading tests have begun and Derek feels doubly off his game. Isn’t there anything he’s good at? Find out in this hilarious middle-grade novel with cartoon illustrations.

From Janet Tashjian, with illustrations by Jake Tashjian, comes another delightful standalone volume in the popular My Life series.

Praise for the My Life series:

“Another fun, emotionally resonant read for the Wimpy Kid set and beyond.” —Kirkus Reviews on My Life as a Stuntboy

“A fast-moving plot and relatable protagonist make this stand-alone sequel a good choice for boys who, like Derek, would rather reach for a TV remote or game controller than a book.” —School Library Journal on My Life as a Stuntboy

“This is a great package for kids, especially those like Derek who don’t think they like to read.” —Booklist on My Life as a Stuntboy 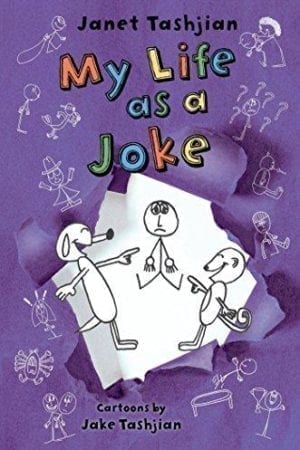 My Life as a Joke

From popular middle-grade novelist Janet Tashjian comes another hilarious installment in the My Life series, with illustrations by Janet’s son, Jake Tashjian.

Derek Fallon discovers all the angst that comes with being twelve—he just wants to feel grown up, but life gets in the way with a series of mishaps that make him look like a baby. He passes out during a worm dissection in science class, falls flat on his face in gym class and gets a fat lip that causes him to lisp all day, and his plans for a monster-truck party turn into a bouncy house disaster. Why isn’t being in middle school as great as Derek imagined? Thankfully, with a little help from his friends—and, ironically, a Toys for Tots fundraiser—things seem like they could start shaping up at last.

“Readers will connect with likable Derek and his efforts to improve himself that don’t ever go right . . . It’s sure to be a hit with fans of the previous installments.” —School Library Journal

“A kinder, gentler Wimpy Kid with all the fun and more plot.” —Kirkus Reviews, starred review on My Life as a Book 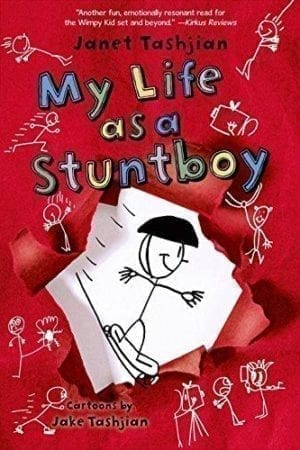 My Life as a Stuntboy

Derek Fallon gets the opportunity of a lifetime—to be a stunt boy in a major movie featuring a pretty teen starlet. After accepting the job he learns that he is the star’s stunt double and must wear a wig! His friends are never going to let him live this down. If that weren’t his only problem, his parents are threatening to give away his pet monkey, and his best friend just posted an embarrassing video of him on Youtube. Can life get any worse? Still the irrepressible Derek takes it all in stride and even manages to save the day.

My Life as a Youtuber

My Life as a Youtuber is the seventh book in Janet Tashjian’s much-loved My Life series–illustrated by Jake Tashjian–featuring the irrepressible Derek Fallon starting his own Youtube web series!

Derek Fallon finally found something to get excited about at school—an extracurricular class on making videos! Together with his friends Carly, Matt, and Umberto, Derek can’t wait to create his own Youtube web series. But he soon realizes Youtube stardom is a lot of work. On top of that, it’s time for his foster monkey Frank to go to monkey college so Derek must scramble to find a reason for Frank to stay with his family—if only a little while longer. Can Derek solve both problems at once? What if Frank became a part of Derek’s Youtube videos?

Here’s another funny and thoughtful novel in the series that centers around most every tween today’s pastime—Youtube!